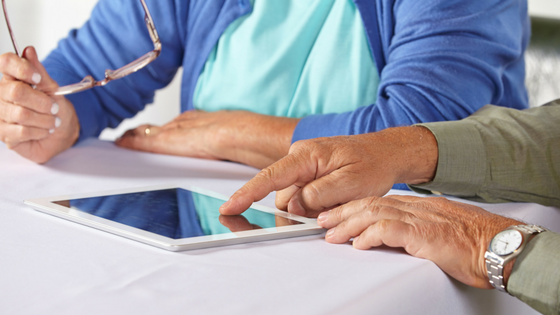 I'm thinking of starting a campaign to ban the word "retire”.

It's a relic of a bygone age; a stage of life that may have had some relevance in the last century but a concept which, in 2018, is ludicrous and dangerous.

Stopping work at 60 - even at 65 - and doing nothing for the rest of your life is not good for a person's health, wealth or wellbeing and it's catastrophic for our economy.

The great majority of those who stop work expect the government to fund the remainder of their life and there will come a time when that is just not affordable.

We're living longer because, generally, we eat better, we've adopted healthier lifestyles and medical science is winning the war against diseases which once were certain to kill us.

In 1952, the Queen sent 40 letters congratulating Australians on turning 100. Predictions are that in 25 years that number will have increased to 18,567.

We're living longer, we're staying fit and well, and the percentage of older people in our population is growing.

So why do continue to stop work when we reach the age of 60 or 65? And, more importantly, why does the community expect this of us?

Perhaps it's a matter of wealth. You don't hear anyone saying Rupert Murdoch (86) should retire. Or Richard Branson (67), the Queen (91) or Clint Eastwood (87).

It's high time we changed how we think of, and brand, older people. Bureaucrats, politicians and, indeed, the whole community need to understand that the future of Australia depends on this change.

It makes no sense that we eliminate from the workforce fit, talented, intelligent men and women simply because they have reached a certain age.

I am not suggesting that people should continue working in jobs that they hate. Rather, I believe we should consider reaching the age of 55, 60 or 65 as presenting an opportunity to do what we want.

By then, the kids will probably have left home and started their own lives, we've often paid off the family home, built up a network of useful contacts and developed experience, knowledge and wisdom.

The only serious disadvantage I can see is societal perception that entrepreneurship is for wide-eyed 20-somethings. That is wrong - entrepreneurs are as diverse as the population and there is nothing to say you can't become one in your later years.

KFC, Coca-Cola and McDonalds were started by men aged over 50. Benjamin Franklin invented bifocals at 76. Dame Judi Dench won an Oscar at 64.

Seniors are Australia's fastest-growing segment of entrepreneurs, according to research from the Swinburne University of Technology and QUT.

That research, funding by National Seniors Australia, showed that 34% of all new firms in Australia are led by "seniorpreneurs”; their average age is 57; they work about five hours fewer each week than younger entrepreneurs and have almost double the industry experience.

They invest $1.2 million more in their business than younger entrepreneurs and their firms earn more than twice the profit.

As we get older our most valuable asset is not necessarily what we have accumulated in wealth; it's the time we have at our disposal. What we do with that time will determine how we enjoy the back end of our lives.

Rather than looking at our remaining years as some sort of slow slide to the finish line, we should be looking at the possibilities and opportunities that the future provides.

If we are 60, it is likely we will live to at least 80 - maybe longer. If we consider what we've achieved in the past 20 years, is it not possible that we could, at worst, achieve a similar level in the next 20?

I believe we need to change our superannuation rules so that access to our accumulated savings does not entail actually retiring from the workforce. How we do that is better left to others, but my point is that we must eliminate the word "retire”.

The real opportunity for older Australians - the thing that provides excitement, challenge and a buzz when we get up in the morning - is that we are able to have a crack at doing something different.

Not only do older Australians have the priceless gift of available time, they often have great problem-solving skills, an understanding of the opportunities that exist in various markets, financial knowhow and a network of contacts who will help them achieve their goals.

I want older Australians to think differently, to recognise that they have a wonderful chance to do something new and rewarding and I want younger Australians to support them, and for our bureaucrats and politicians to drive this change.